Nassim Nicholas Taleb made his fortune by holding a steady course through unpredictable financial events. He later gained international recognition when he denied that precisely these types of crisis, or black swans as he calls them, can be foreseen. 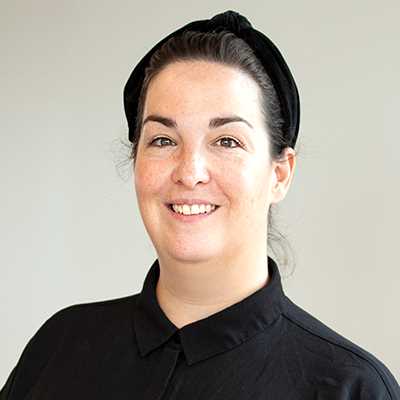 Nassim Nicholas Taleb made his fortune by holding a steady course through unpredictable financial events. He later gained international recognition when he denied that precisely these types of crisis, or black swans as he calls them, can be foreseen.

The world's most prestigious economics prize - the Nobel Prize in economics - must take some of the blame for the 2008 financial crisis. At least that is the view of Lebanese author, philosopher, wealth manager and professor of risk engineering at NYU, Nassim Nicholas Taleb. He disapproves of the way that most economic theories are praised, exalted and promoted. In his view, these theories often lead to erroneous forecasts and risk assessments, and ultimately to crises such as the one we experienced in 2008. According to Taleb, one is mistaken if one tries to compare real-world coincidences with the structural coincidence of quantum physics, where the probability can – to some extent – be foreseen.

Nassim Taleb achieved international recognition in 2007 for his book The Black Swan, the first volume in a series of five, which have been published under the title Incerto, or uncertainty in Latin. The British newspaper The Times has called the book one of the 12 most influential since World War II.

Would you like to hear Nassim Taleb speak? Register for our New Year's Conference

You cannot predict, but you can prepare

In his book The Black Swan, Taleb describes the phenomenon of black swans – significant but unpredictable events with colossal social consequences. People will always strive to explain the logic behind such events afterwards – trying to find meaning in the madness and prove that the events could actually have been predicted. Taleb's theory is the reverse; he argues that black swans are unpredictable by nature and he helps the reader to prepare for the unpredictable.

Taleb is one of the pioneers of so-called tail risk management. This entails trying to protect investors from extreme movements in the market. Tail risk management is also called Black Swan protection. The business model involves protecting investors from crises at the same time as reaping good returns in connection with rare events. He had great success with this strategy even before the financial crisis, and with the publication of his books and the subsequent returns he achieved after the black swan of the financial crisis, Taleb became a well-known brand. He was also at the time Senior Scientific Advisor at Universa Investments, which is based on the black swan philosophy, and some of the funds achieved an impressive return of 65-115 percent in October 2008.

Skin in the game

Taleb ended the Incerto series with the book Skin in the Game in 2018. Here he argues that a financial system works only if the people who are running it have a stake in the outcome.

Regarding the corona crisis, Taleb has said that the virus outbreak is not a black swan, and that the term must not become a tired cliché to describe all sorts of negative surprises. He believes that the corona crisis is rather a portent of a more fragile global system.

"This pandemic was wholly predictable. We issued our warning that, effectively, you should kill it in the egg. But governments did not want to spend pennies in January; now are going to spend trillions," he told Bloomberg TV in late March.

In January, Nassim Nicholas Taleb will be one of the keynote speakers at SKAGEN's New Year's Conference 2021, where he will, among other things, address some of the misunderstandings that have arisen in the wake of the corona pandemic.

Taleb is the author of a multivolume essay, the Incerto (The Black Swan, Fooled by Randomness, Antifragile, and Skin in the Game) covering broad facets of uncertainty. It has been translated into 36 languages.

Taleb is currently Distinguished Professor of Risk Engineering at NYU's Tandon School of Engineering and a scientific advisor for Universa Investments.