Spotlight on China: Stocks to rediscover their roar in the year of the Tiger?

A highlight from our recent New Year conference was Michael Pettis discussing the Chinese economy. The Professor of Finance at Peking University is perfectly placed to comment on the country's outlook, and after twenty years living in China to put its current challenges in a historical context. 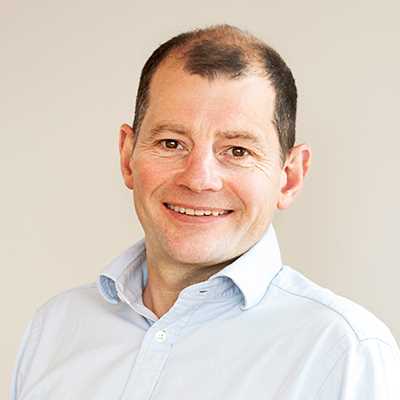 A highlight from our recent New Year conference was Michael Pettis discussing the Chinese economy. The Professor of Finance at Peking University is perfectly placed to comment on the country's outlook, and after twenty years living in China to put its current challenges in a historical context.

2022 is a key political year for China with Xi Jinping expected to be re-appointed General Secretary of the Communist Party for a third term. "During these critical events it is very important that everything goes well", explains Pettis, "this includes the stock market performing well and that GDP growth is very strong."

He believes that China's 2022 growth target is likely to be close to 5.5% – at the top end of the expected range – which should be supportive for Chinese stocks.

SKAGEN Kon-Tiki has around 30% of its portfolio invested in Chinese companies, divided between 16 holdings across a range of sectors. Portfolio Manager, Fredrik Bjelland, also expects government policy to provide a more supportive environment in 2022: "We believe China will refocus on stability while decarbonisation and deleveraging might take a back seat for a while. The credit cycle could be at an inflection point after a year of tightening and we have hopefully seen the peak of regulatory pressure that made 2021 challenging for investors in China."

"The worsening of China's debt-to-GDP ratio began around 2007 and it is now the fastest growing of any county in history", Pettis explains. He attributes much of the recent increase to COVID which caused high-quality growth to contract and meant China used significant residual growth to hit its GDP target: "In 2020 around 180% of all economic growth was residual."

This reversed last year as consumption and business investment recovered: "The government clamped down hard on residual growth, particularly in the property sector, to hit its 2021 target", Pettis explains.

Credit tightening and regulatory intervention across a range of sectors dragged Chinese stocks down by over 20% in 2021, the largest annual loss since the financial crisis[1]. SKAGEN Kon-Tiki used the market weakness to selectively increase its Chinese exposure, as Bjelland explains: "The steep market fall in China during 2021 was reminiscent of the correction at the height of the trade war in 2018, which proved a good time to add exposure to select domestic champions. Such sell-offs are often indiscriminate and driven by shorter-term considerations and can therefore provide excellent opportunities for long-term investors such as SKAGEN."

China recently cut its key interest rate for the first time in almost two years to help bolster the economy but Pettis still expects residual growth to be needed for China to meet its 2022 GDP target: "It looks like this year will be similar to the pre-COVID years with less than half of overall growth probably coming from high quality growth, which will increase the debt-to-GDP ratio."

Banks have been told to lend money to property developers once again and private projects have been taken over by state-owned developers, boosting liquidity for the sector overall. Lenders have also been instructed to increase the supply of mortgages to boost property demand.

Meanwhile local governments have been told to accelerate infrastructure plans. Pettis expects the significant expansion of these sectors to stimulate Chinese imports of industrial commodities, while growth in consumption more broadly would also boost demand for agricultural commodities.

"SKAGEN Kon-Tiki has broad exposure to companies set to benefit from accelerating Chinese activity levels, particularly related to the energy transition and the electrification of transport," Bjelland adds.

Pettis argues that it is impossible for China to reduce debt and still hit its growth targets. While he believes that central bankers, regulators and economic advisors would accept a slowing of the economy, others – particularly in industry, the military and foreign affairs – want growth at all costs, including further increases in debt.

Another issue Pettis flags is that for Chinese investment to fall, the contribution to GDP from consumption would need to rise from its current level, which is the lowest in the world. Household incomes would need to rise under a new growth model, requiring significant redistribution from the ich and local governments, which would meet resistance unless huge political power is also transferred.

The SKAGEN Kon-Tiki team expects consumption upgrade to continue as a theme in China. However, backing the domestic champions will become increasingly important as the market matures, in their view. Moreover, the government's drive for 'common prosperity' has also highlighted the importance of considering all stakeholders in investment analysis.

Pettis concludes that the key to investing successfully in China is "getting the politics right" – a lesson painfully learned by investors last year. Given the political importance of 2022 and his expectation for decent economic growth, he believes that the Chinese stock market is likely to do well this year.

SKAGEN Kon-Tiki and Bjelland concur: "The development of the Chinese economy continues unabated. Although we have grown accustomed to short-term volatility, the long-term rewards for staying the course speak for themselves. We therefore continue to search for those undervalued companies that can cope with a changing backdrop and emerge stronger for the long term."