In COP we trust, by COP we must?

We discuss the key takeaways from the Glasgow Climate Pact from a SKAGEN perspective. 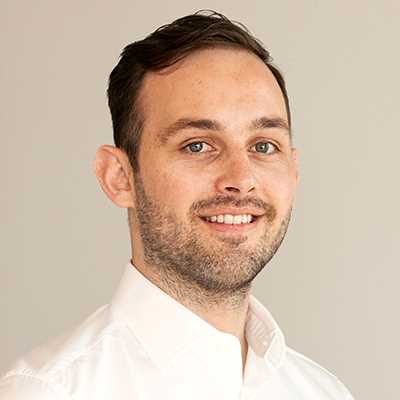 We discuss the key takeaways from the Glasgow Climate Pact from a SKAGEN perspective.

After close to two weeks of posturing, pessimism and ‘important signal effects’, we are left with the Glasgow Climate Pact[i]. In it, there is frankly an odour of ‘much ado about nothing new’. Yet, the meeting met its intended function; radical rhetoric and repetition of the 'unknown known'[ii] serving as a jolt, shock and reminder to the system, national governments, people, and indeed global financial markets. Incremental responses and implementation measures will follow in its wake.

What the expectations were

The proceedings of the COP (short for 'Conference of the Parties') and its overall outcome are largely in line with expectations. Pessimism and urgent rhetoric drove the political mantra in favour of multilateral climate negotiations and agenda-setting politics. An unwavering appeal to a global commitment to a 1.5 degree pathway acted as the battle drum during the negotiations, which were fought out by the well-known political cleavages trying to tilt the outcome as close to their corner as possible; developed versus developing, resource-exporting versus resource-importing countries, hesitant versus resolute. Attempts to convert principles of climate justice into political capital over who is most or least to blame for the current fires versus future fires drove home the ‘show me the money’ commitment forced upon countries through the self-declared nationally determined contributions ('NDCs') that are crucial to unlock meaningful progress.

Arguably, the most significant contribution from the Glasgow Climate Pact was the commitment in the text to do something about fossil fuels. Whilst the formulation 'phase out' of coal turned out to be too controversial for some parties at the last minute – which risked overturning the agreement altogether – a consensus was reached to 'phase down' coal. For the remainder of the fossil fuels, a consensus was reached to phase down 'inefficient' fossil fuel subsidies. The fact that it has taken more than 20 years of multilateral negotiations to explicitly include fossil fuels in the agreement text is a testament to how glacial and challenging such multilateral negotiations are.

Although this was not given a lot of attention in the final text, most pundits highlight the importance of both safeguarding and amplifying nature-based solutions as an important remedy to aid decarbonisation efforts. Linking natural carbon sinks to carbon emissions forms an uneasy relationship with the commodification of nature through dubious carbon offsets; but seen through a broader lens, these commitments are important to safeguard pivotal biodiversity and climate system considerations. Efforts to combat deforestation and protect ecosystems – on land and at sea – will certainly be an even more pressing call to arms from states, interest groups and investors alike over the coming years.

While not enshrined in the draft decision document, a lot of the media and expert coverage alluded to a return of nuclear energy in the debates and discussions informing the final text in Glasgow. This is a welcome signal in view of the recent energy crisis that has amplified the (low-carbon) energy supply concerns and provides a potential trajectory for developing countries to escape the heaviest form of carbon lock-in, principally by introducing nuclear into the energy mix without jeopardising economic growth prospects. The potential for stronger government support to assist technological nuclear power innovation could help to lower production costs and deploy considerable volumes of low-carbon power into the energy mix.

Carbon pricing: CO2 and its equivalents

Since the Kyoto Protocol, multilateralism has consistently failed on one of the most significant contributions that the multilateral stage can offer, namely putting a fair and effective price on capitalism's most damning economic externality carbon, and other equivalents (like methane).

Carbon pricing still seems to play the role of balancing nature-based solutions (largely through reforesting and protection) against voluntary carbon offsets that arguably serve as a dangerous distraction. Effective carbon prices should not be voluntary; there must be a mandatory levy either through direct taxation or via a quota-based carbon trading system – as witnessed in the European Emission Trading Scheme. Voluntary carbon credits are plagued with fraudulent claims and are often far too cheap when assessed against the harm CO2 emissions and their equivalents cause to the planet and its population. The purpose of using carbon pricing should be to ensure that the price levied is high enough to alter the demand for greenhouse gas emissions, not to offset one's supply vices – which only solidifies the status quo.

Unfortunately, this dynamic did not shift one iota with the Glasgow Climate Pact. Underlying demand for voluntary offsets combined with an appreciation of acquiring credits of a certain quality do serve as an optimistic, albeit small, contribution to accounting for the true cost of internalising carbon emissions[iii] in voluntary markets. There might also be room for spill-over into more comprehensive compliance markets for carbon – where carbon prices are significantly higher than in voluntary markets – driving innovation and changing demand structures.

The broad agreement represented by the Glasgow Climate Pact builds on the meetings preceding it; reaffirming what has been agreed and moving the needle of commitment one painstaking measure at the time. National commitments are still far from aligning with the Paris Agreement. Before Paris, the global community was on a disastrous 3.5-4.2-degree heating pathway, after the Glasgow Climate Pact, we exit on a 2.1-2.4-degree heating pathway. Annual COP meetings will drive this pathway down further – but not at a sufficiently fast pace. Adapting to a new world is therefore broadly, if not reluctantly, accepted as a reality. Along with commitments that seek to ensure access to a variety of technical assistance and collaboration programs at supranational level. Methodologies and data access to analyse greenhouse gas emissions are also improving by the day. There is therefore room for cautious optimism when respected scientists and organisations revise CO2 emission trends downwards as a story of flatlining rather than increasing at a global level on the back of improved methodological reassessment of land use.

National and regional political efforts (i.e. the EU, trading blocs and other more loose regional alliances) serve as a key distribution mechanism to force agreements like the Glasgow Climate Act into action. Voters, interest groups and political parties will draw similar battle lines in the domestic political scene to make government leaders accountable to the Pact and to seek adequate and necessary reforms at local level to operationalise the commitments. National and regional decision makers will now use the Glasgow Climate Pact as the vantage point to negotiate climate policies with their local populace – which should culminate in more tangible and specific policy signalling to financial markets over local 'rules of the game' informing investment risks and opportunities.

Financing the change was one of the larger pieces included in the Glasgow Climate Pact. It is broader than just the financial markets as it includes access to multilateral funds and mechanisms for developing countries, the role of international lending organisations, and public investments. Nonetheless, financial markets remain integral to fill the significant investment gap and whilst there is no explicit mention in the document, it should be clear to everyone that the focus on ESG was further endorsed by this agreement.

We have already picked up on a few signals from investors – even before the 'stick and carrot' measures are presented by governments around the world. First, there is a stronger public policy awareness around the danger of financing certain fossil energy sources. At the same time, balancing what types of fossil fuels and what type of just transition – especially when synthesised through the emerging market lens – exposes the well-established principle of 'common but differentiated responsibilities and respective capabilities in light of different national circumstances'. Investors should see this agreement as a moment of reckoning and reassess whether the approach and narrative around the role and contribution of capital markets is in fact as good as it could be – or whether it is confusing and distorting more than it is helping[iv].

Notwithstanding its aspirational and brave nature, the Glasgow Climate Pact should be understood through the lens of 'broad stroke' agreements most simply translated as 'we all recognise that the following is true'. Domestic enforcement and action of these broad strokes is what will drive the incremental change, but this response will be patchy and inconsistent across states. Messy policy responses are to be expected when dealing with something as salient and challenging as gradually escaping and transitioning away from a global carbon lock-in economy. The response must also be differentiated for the transition to stand a chance. This implies that bridging fuels like natural gas are fundamentally important to both facilitate decarbonisation efforts through coal-to-gas fuel switching while also providing fundamental energy inputs to grow economies, economic development, and climate financing.

On the negative side, the spirit and desire for solidarity and collaboration was diluted by the notable absence of Xi Jinping, Jair Bolsonaro and Vladimir Putin. The conference is traditionally a key forum to showcase leadership from heads of state. The active decision of key leaders not to appear at all casts doubt on how heads of state from prominent non-Western states view the COP –– and multilateralism –– as a platform worth their time and effort. One could be forgiven for forgetting that multilateralism is less about politics across states than about politics between states.

[i] Final text yet to be published, annotated version is available here: https://www.washingtonpost.com/climate-environment/interactive/2021/glasgow-climate-pact-full-text-cop26/
[ii] Coined by psychoanalytic philosopher Slavoj Zizek as a fourth addition to Donald Rumsfeld's iconic 'Known Unknown Speech' in 2002 on the Iraq invasion and the initial guise – yet ensuing absence of – weapons of mass destructions. The addition refers to 'that which one intentionally refuses to [seemingly] acknowledge that one knows'. More specifically; "the disavowed beliefs, suppositions and obscene practices we pretend not to know about, even though they form the background of our public values." Full text available here for those who would be inclined to read it in full: https://www.lacan.com/zizekrumsfeld.htm
[iii] For more information, see latest research report from Trove research on supply and demand dynamics in the voluntary carbon offset market: https://trove-research.com/wp-content/uploads/2021/11/Trove-Research_Scale-of-VCM_29-Oct-2020-2.pdf
[iv] For more information, see this thorough and though provoking report from Pickering Energy Partners: https://pickeringenergypartners.com/inconvenient-truths/

Why active managers have the ESG advantage

Active managers have a clear advantage when it comes to ESG: we can decide which companies to hold, ... Read the article now arrow_right_alt
More about Sustainability

As long-term investors, we regularly engage with our portfolio companies to promote and encourage ...

Third quarter ESG report: A focus on process and progress

Sustainability often means different things to different people but there is a clear distinction ...

How SKAGEN uses legal proceedings to remedy governance breaches on behalf of clients.