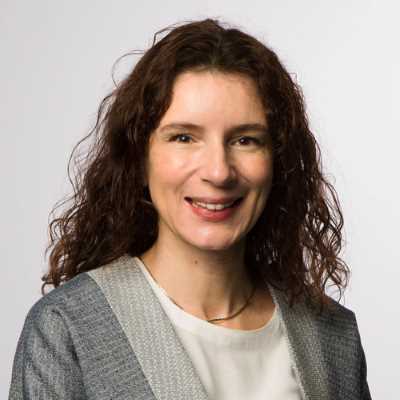 At the three-day conference which took place in September, over 1,700 members of the UN sponsored organisation Principles for Responsible Investments (PRI) gathered to network, learn more about sustainable investing and sound out new ways to cooperate.

“Top of the agenda was the climate crisis and the urgent need for radical change. The sheer size of the conference clearly shows how important sustainability and corporate social responsibility have become for the finance industry,” says SKAGEN’s sustainability specialist, Sondre Myge Haugland.

Opportunities for investors to influence

A recurring theme this year was active ownership and investors’ ability to make a difference by entering into dialogue with companies to influence them to take a more sustainable direction.

Several speakers highlighted the importance of engaging and taking responsibility for so-called externalities, i.e. costs that companies incur but do not compensate for. The Japanese state pension fund – which is the world’s largest with the equivalent of USD 1.6 billion under management – was one such participant that raised the issue:

“Even if we reduce carbon dioxide in our own portfolio, the rest of the world will not be significantly affected. We choose the active manager who pays attention to and cares about externalities. I’m against exclusion and equity divestment for that reason; it’s just a way of passing on the problem to those who don’t care,” said Hiromichi Mizuno, the fund’s Investment Director.

“Excluding companies and establishing exclusion lists is still important, but the philosophy of avoiding controversial sectors is now being questioned. There is a steadily increasing focus on being able to show how investments can contribute to change.”

There is a steadily increasing focus on being able to show how investments can contribute to change.

Investments in the future

Several sessions addressed the need for more investments in emerging markets to promote sustainable development. Another aspect was the important role of emerging markets in the global food supply.

Also attending the conference was the French Finance Minister Bruno Le Maire, who emphasised the important role of the finance industry in the transition to a sustainable economy and the need for a "Green New Deal".

“We might be the last generation with the opportunity to act; later it will be too late. We need a new capitalism for the 21st century, which is more sustainable and which allows us to reduce inequality among nations and within nations. Not least to curb rising populism,” said Bruno Le Maire during his presentation.

In a specially recorded video post, President Emmanuel Macron emphasised the urgency of switching to a sustainable economy and meeting the climate goals of the Paris Agreement. Watch Macron's speech here.

Another focus of the discussions was new regulations and the need for common tools to solve the climate crisis, so that both investors and consumers can make long-term sustainable decisions. Capital flows need to be adjusted towards sustainable investments in order to achieve sustainable and inclusive growth. The EU classification system, the so-called taxonomy, which will provide common criteria for deciding whether an economic activity can be classified as environmentally sustainable was also on the agenda.

The conference ended on a powerful note: two survivors testified about their experiences as victims of modern slavery and trafficking, and emphasised the role of the financial industry in sustainable social development.

All members, including SKAGEN Funds are committed to following the six principles of the PRI (Principles for Responsible Investment)

En savoir plus arrow_right_alt
Sustainability is his job

These past months of global challenge have taught us that the office is not dead – but it is ... Read the article now arrow_right_alt
More about Sustainability

Sustainability reporting on a quarterly basis

SKAGEN has a long history of incorporating sustainability into our investment process, and last ...

SKAGEN has become a supporter of the Transition Pathway Initiative (TPI), an investor-led ...

SKAGEN signs up to the UN Global Compact

SKAGEN Funds has become a signatory of the world's largest corporate sustainability initiative, the ...
keyboard_arrow_up